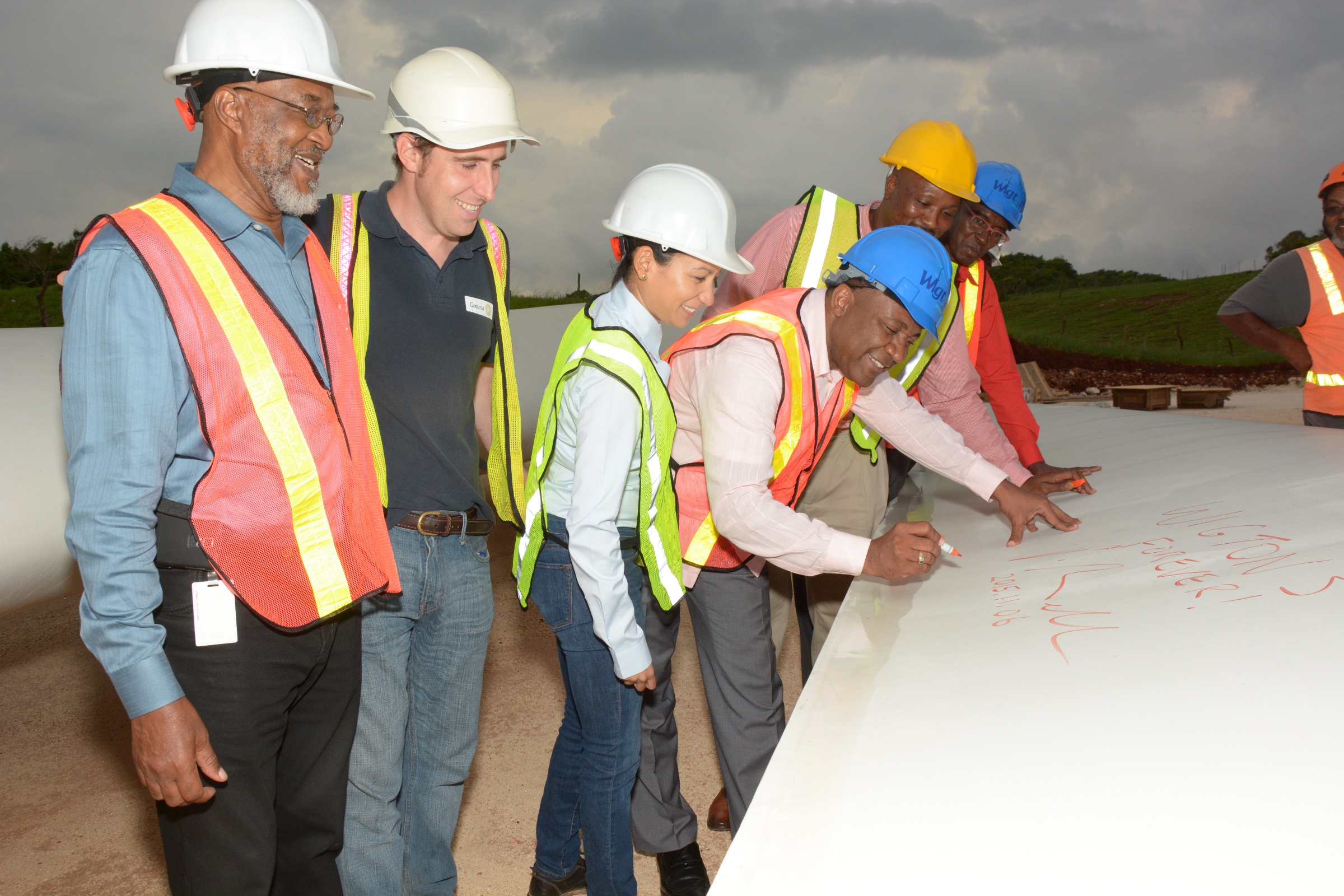 The construction of Wigton III, the 24 MW expansion of the Wigton Windfarm in Rose Hill, Manchester, is slated to be completed on time – by February 2016 – and within budget.

The US$45 million construction project is being implemented by the renowned Spanish wind energy company, Gamesa; under a turnkey contract. Work got underway in April 2015 and to date, twelve G80-2.0 MW wind turbines have been installed at the wind farm complex and a new transmission line, substation and control building have been built.

As the contractors move into the last stages of the project, the work is now centred on testing the installed equipment and finalizing communications with the grid in preparation for the commissioning, which is scheduled for the latter part of February 2016.

“We are pleased to report that the construction of Wigton III is progressing as planned, despite a few hiccups along the way, and we anticipate that in February 2016 the new facility will be fully operational and contributing to the grid,” said Earl Barrett, General Manager, Wigton Windfarm Limited.

As predicted at the project’s inception, the construction of Wigton III created 145 jobs and three permanent engineering positions. The engineering positions have already been filled in anticipation of the training phase which will start once the project is commissioned. Thereafter the suppliers of the equipment will maintain the new facility’s operations for the ensuing two years warranty period after which time Wigton will assume full responsibility for the running of the wind farm.

With projected output of 63,072 MWh annually, it is anticipated that Wigton III will reduce national oil consumption by over 37,100 barrels per year. In addition, the plant is expected to increase renewable energy input to the national grid by more than 2% in-keeping with the targets outlined in the National Energy Policy, which aims to have 20% of Jamaica’s energy supply generated from renewable sources by 2030.

“Our efforts at energy diversification by any measure have been a spectacular success, largely driven by our promotion and facilitation of renewable energy solutions. Despite the plummeting cost of oil, we remain focused on our mission to increase the contribution of renewables to Jamaica’s energy mix in order to gradually lessen our dependence on fossil fuels. In this regard, Wigton continues to play a pivot role in the achievement of our objective,” said Minister of Science, Technology, Energy and Mining, Phillip Paulwell.

A subsidiary of the Petroleum Corporation of Jamaica, Wigton was launched in 2004 with a 20.7MW generating facility, then expanded by 18MW in 2010. When Wigton III is commissioned the company will increase its total generating capacity to 62.7MW, retaining its position as the largest wind energy facility in Jamaica and the English-Speaking Caribbean.

View all posts by: