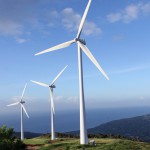 Wigton Windfarm Limited, is the largest wind energy facility in the English-speaking Caribbean. Located in Rose Hill, Manchester, the wind farm currently comprises three plants, the 20.7 MW Wigton I, which began operating in 2004 and Wigton II, an 18 MW extension facility that was commissioned in 2010. 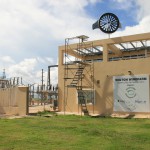 Wigton Windfarm Limited, A Subsidiary of the Petroleum Corporation of Jamaica